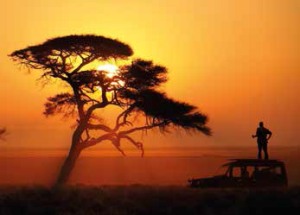 CONCLUSION
Although it's now harder than it's ever been to earn a living just from shooting stock, it has, over the years, given me a healthy income, a very nice lifestyle and allowed me to indulge my passion for travel. A large part of my portfolio is made up of 'travel' images and I have managed to make a good living from them. It is possible if you stick with it! I've been very lucky, I've been able to make a good living from something that I love doing.

Oh, one more thing…
I thought I'd better also say that the images I currently have on sale across all my agencies are about the fourth collection of images I have produced over the years.

My early work was mostly shot on 35mm Kodachrome and later mediumformat transparency film. When this became too low in quality, this first collection of around 20,000 transparencies 'went in the trash'. A further two collections have mostly gone the same way over the years, firstly when the early digital cameras came along and the agencies became ‘digital’, and then again as the quality and pixel count of modern DSLRs increased. Almost all my current images date from after 2004, and most from after 2007. The few older images that I still have on sale are mostly scans from 5"x4" transparencies. At least half my current portfolio of over 25,000 images was taken in the last five or six years. Many of these 25,000+ images are non-exclusive, meaning that I can place them with more than one agency. I currently submit to 22 agencies and now have well over 100,000 image placements across these agencies. Most of my exclusive images are with my main agencies – Getty Images and Alamy. I continue to add new material almost every day.

About 10 years ago ‘MicroStock’ agencies started to pop up, selling images for just a few dollars. At first these agencies were offering nothing more than ‘clip art’. However, as the years went by the quality of what they had to offer has increased (in some cases) to be almost as good as the ‘mainstream’ agencies. At first I ignored them, hoping they would fail and go away, but they didn’t. So a few years ago I started to submit nonexclusive material to a few of them. Now MicroStock accounts for about 40% of my total income. The business model works by each microstock agency making many hundreds of sales per month. This adds up to a significant amount each month, even though each individual sale is (mostly) for just a few dollars

I hope you have found this article both interesting and useful, and it has provided some motivation. I hope it has at least 'scratched the surface' of the very complex subject of 'How to sell travel Iimages'.


Please Note:
There is more than one page for this Article.
You are currently on page 12 Contact Steve Allen