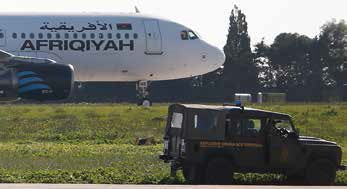 Darrin Zammit Lupi's first day as a freelancer was not quite as quiet as he expected!
I was a staff photographer with the Times of Malta, the largest national newspaper on the Maltese Islands, for over 20 years. Over all this time, I had some pretty memorable and exciting experiences, and have so many memories I truly cherish that it’s impossible to count them all. I’ve met interesting people from all walks of life in several countries, witnessed history in the making, been privileged and touched to get deeply involved while working on human stories and also done my fair share of what can only be described as very mundane coverages, all of which are part and parcel of any press photographer’s life.

Yet, some time ago I felt the overwhelming urge to move on. Maybe I’d grown tired and felt my work was beginning to go a bit stale. I craved new challenges, so at the end of summer, I handed in my notice at the paper at which I’d spent close to half my life.

I decided I’d freelance from now onwards, while concentrating more on the work I do for Reuters as well as my own projects. I’ve been a contractor with the agency since 1997, and wanted to increase my input and involvement with it. Meanwhile, I’ll continue doing some work for the Times of Malta, but this time in a freelance capacity.

The 23rd of December was my first post-Times of Malta day, officially a freelancer, something I hadn’t been since 1996. I’d planned a quiet day, having decided to take a few days’ break till I get going again – do a spot of Christmas shopping, take my daughter to watch the new Star Wars film, go for a long walk with the dog.

All that changed as soon as I bought my cinema tickets online. I got a call from someone informing me that a hijacked plane was about to land in Malta. With plans instantly flung out of the window, I picked up my gear, quickly made sure that everything I might possibly need for this sort of assignment was in place (things such as lens extenders, spare battery packs, Mi-Fi units, wireless transmitter for the camera, as well as the usual basics), together with some warm clothing, jumped into the car and dashed towards the airport, heading for the spot where I knew a hijacked plane would be sent to.

I called my Reuters boss in Paris from the car to alert him about the developing situation (yes, using a hands-free set of course).

Traffic was light, I got there in no time at all. The police had already blocked off access roads but waved me through when I flashed my press card at them. I was stopped by other officers further in, and told to walk the rest of the way, which was fine. I was less than a hundred metres from the spot I wanted to shoot from. It wasn’t ideal lighting-wise as I would be shooting against the light, but it allowed for good images of soldiers in front of the hijacked aircraft. 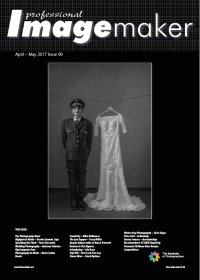