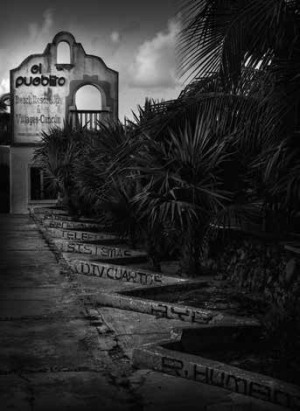 I tried to focus on taking photos, making sure I had the eyes in the back of my head on full alert. The security guard signalled for me to go further into the complex; I could hear dogs barking and as we got further in I could see more people. Again my mind went off on one and I thought maybe he was luring me into a trap? I tried to concentrate on those toilets, if I could get a shot of them I would be happy and would leave straight away. The only problem, they were right up the other end of the complex near the front entrance. I would have to go close to the other people in there. He signalled for me to go into the lobby; I could hear the dogs barking louder and behinda pillar I could see the Danny Trejo look-alike hiding. At this point my mind had gone into overdrive and I thought this is dodgy, get this photo of those toilets and get out of here. I signalled again to him about the toilets and said I didn't want to go into the lobby area. I made my own way to the toilets and he followed me over;I shot two photographs and said 'gracias', handed him the equivalent of £20 and made my way back through the hotel to the beach. I had made it, my mission was complete.

I was absolutely buzzing at this point, my heart was racing. It was an amazing experience. I looked at my camera and realised I had only taken 36 images. I was probably in the hotel less than 10 minutes but my goal was complete. I couldn't stop thinking of what could have happened. Were they really chancers who would have mugged me or would they have been nice guys if I could understand their language? I guess I'll never know. 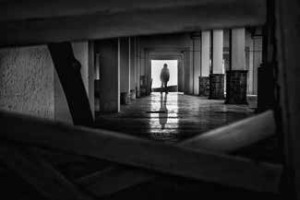 That's the beauty of photography, it has a power to drive you into the unknown. The emotions it brought on and the adventure it led to in Mexico just fascinates me. There are thousands of tourists in Cancun and to most of them the hotel is probably nothing more than an eyesore.

To me it was a visual playground I just knew I had to explore. Those memories will always stay with me. I can't thank photography enough, for it has opened my eyes, and led to adventures and experiences most people would never have.

Urban Exploration is a great way to step away from your normal life as a photographer. It offers adventure and a step into the unknown. It comes with its risks but without risk we can never develop and build our character.

If you have an interest in Urban Exploration, check out a book called 'Beauty in Decay' and websites including lists of derelict buildings around the world (see http://www.ukurbex.com & http://www.derelictplaces.co.uk) Thanks for reading, now go out and explore something!


Please Note:
There is more than one page for this Article.
You are currently on page 3 Contact Richard P Walton