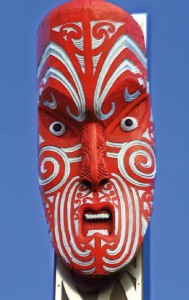 At the tender age of seven, I was boarding at St Edward's College.

Barring the seasonal holidays we went home once a month, and just for a couple of days, at that. Harsh, one may think, but that was the way it was in those days and nobody thought otherwise.

Thrown in the deep end, we were subjected to a 'swim or sink' college life and the majority of us learnt to 'swim' rather quickly.

Chemistry was one of my favourite lessons, for all the wrong reasons, I might add.

Under the watchful guidance of Mr Carey, we would experiment, or rather, over-experiment with Bunsen burners, mercury, magnesium and other such chemicals. Boys will be boys and pranks were top of the list.

Our favourite was the 'stink bomb' which would, more often than not, find its way out of the lab. Somewhere between horribly putrefied eggs and a rather 'potent but deadly' flatus, this hydrogen sulphide concoction would end up in classrooms, study halls and other places, much to the delight of us boys.

Driving into Rotorua, I got a distant whiff of that deadly odour travelling across the years. Nowhere near as strong as our potent mixture, it comes in whiffs and wafts depending on the wind direction or closeness to the geothermal-activity sites. After a while, you'd sort of get used to it to the extent that you'd hardly notice it. 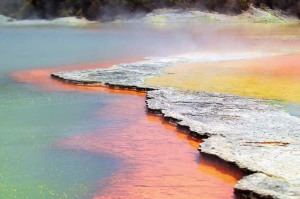 In reality, it is a small price to pay. Nicknamed 'Sulphur City' by visiting travellers - I prefer the more spiritual name of 'Second Lake' given by the first Maori settlers - Rotorua presents awe-inspiring geothermal locations that are almost unbelievable in their activity, colour and terrain.

You could just imagine the awe of the Te Awara tribe when they first came across this region.

Like most ancient cultures, the Maori people have traditions about unions between gods and mortals.

Smouldering mountains, spouting geysers, thermal hot springs, bubbling mud, not only leant to a mystical and spiritual setting, but also provided heat in the cold season, cooking in the 90 plus degree pools, and therapeutic remedies for ailing discomforts. It would be pleasing to the gods.